Paper Co-Authored by Prof. Yoshikawa Published in the Journal of Cognitive Psychology

A research paper by Lecturer Masato Nunoi and Prof. Sakiko Yoshikawa was published in the Journal of Cognitive Psychology, Vol. 28, Issue 6.
This study investigated if the depth of stimulus processing influenced preferences for novel objects, and how long the influence of processing levels persisted. Results showed that stimuli that were processed more deeply were preferred over those that were processed more shallowly. It also suggested preferences persisted longer for information that was processed at a deeper level. 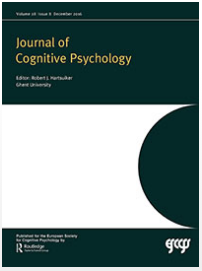