A paper entitled “Impaired detection of happy facial expressions in autism” by Dr. Wataru Sato et. al. was published in Scientific Reports (2017).
The study showed that the detection of happy facial expressions is impaired in individuals with ASD and high ATs, which may contribute to their difficulty in creating and maintaining affiliative social relationships. 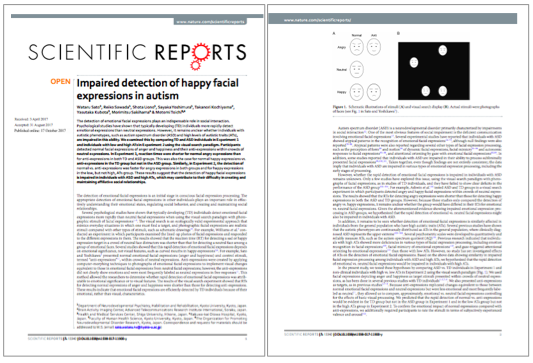