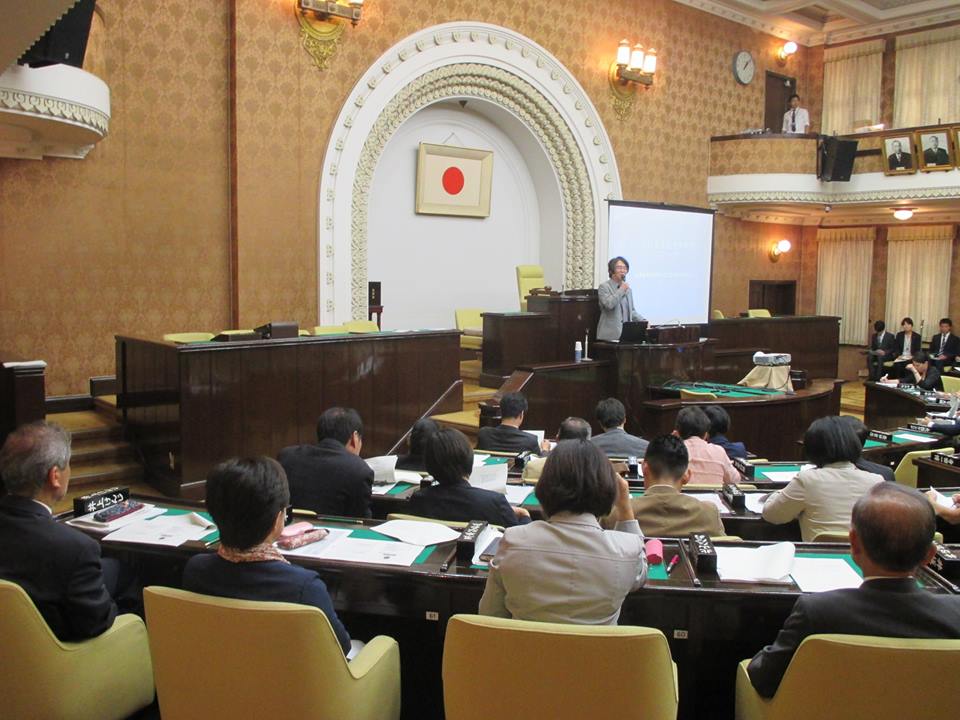 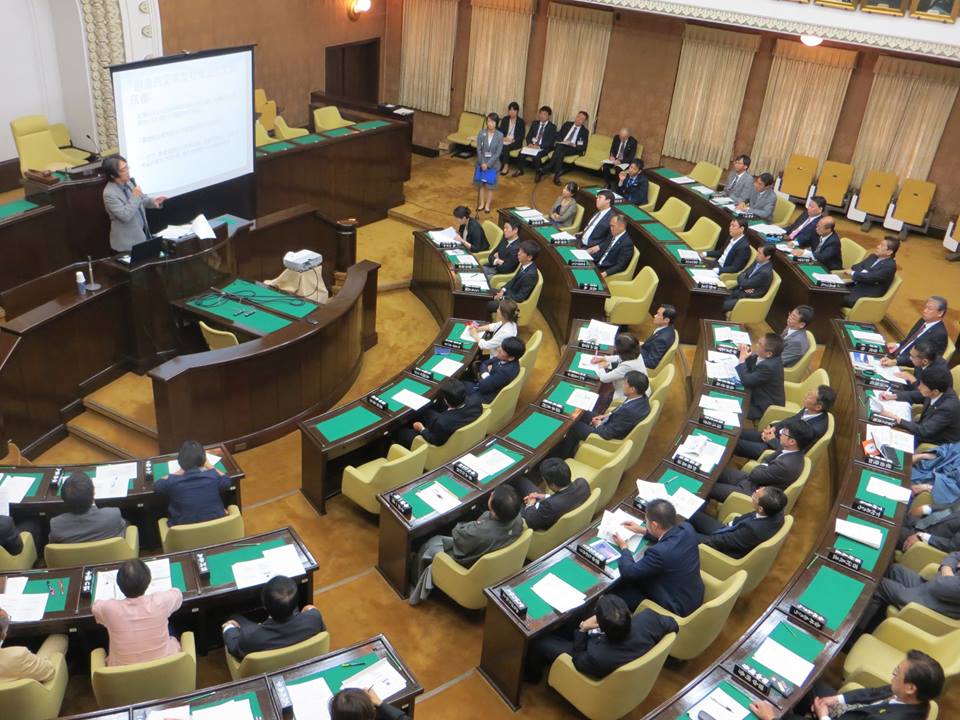 The training meeting is held annually to revitalize the assembly and its members.  Sixty-seven members of the council were in attendance, along with 80 Kyoto City employees and general audience members.
In his introduction, Prof. Hiroi lectured on the theme of “social concepts in the era of population decline: working towards the true wealth”. The topics of his discussion were:
1. Community and city planning
2. Supporting youth and the future of social security
3. Localization and “community economies”
4. Reassessment of traditional culture- “Chinju no mori” (groves surrounding village shrines) and the concept of a natural energy community
5. What kind of society do we aim for? The possibility of a sustainable welfare society
Closing: Prospects for a stable society