Prof. Hiroshi Yoshioka gave special lectures on “The Aesthetics of Pop Culture” at the University of Paris VIII
on March 7th, 2018 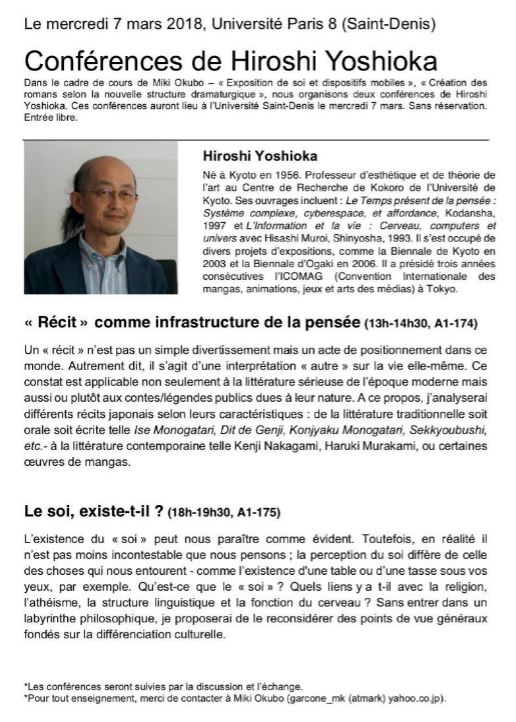 In his first lecture, “Story as an Infrastructure for Thoughts”, which was geared towards students who study games and novels, Prof. Yoshioka discussed how story-telling can guide the thought in a way that is distinct from assumptions and logic.
In the second lecture, “Do ‘I’ exist?”, self-evidence of the ego and self-consciousness was critically analyzed from an aesthetic point of view. The audience showed enthusiasm during the lectures and discussions, at which local Japanese artists were in attendance. 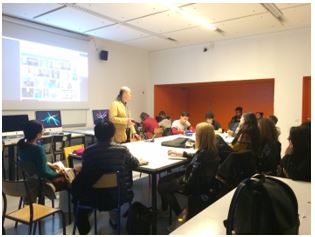 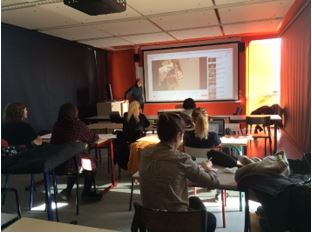 Prof. Yoshioka and the Russian media artist Prof. Olga Kisseleva exchanged ideas at the University of Paris 1 Pantheon-Sorbonne. The Sorbonne is one of the world’s oldest universities dating back to the 12th century, but the lecture given by Prof. Kisseleva on cutting edge art and science reminded us that we are living in the 21st century.
The picture at the bottom-left was taken in one of the oldest buildings in the Sorbonne. The bottom-right picture is of a plaque on the wall of the classroom Prof. Yoshioka lectured in, which commemorates Marie Curie as the first female professor to teach at the Sorbonne, University of Paris, November 5, 1906. 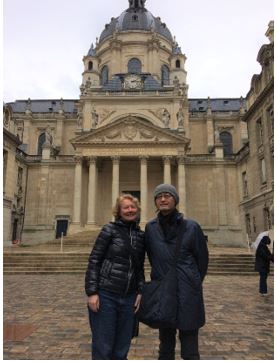 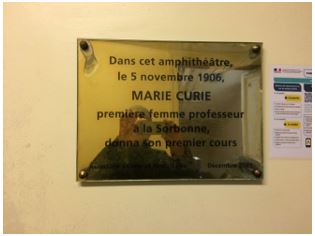