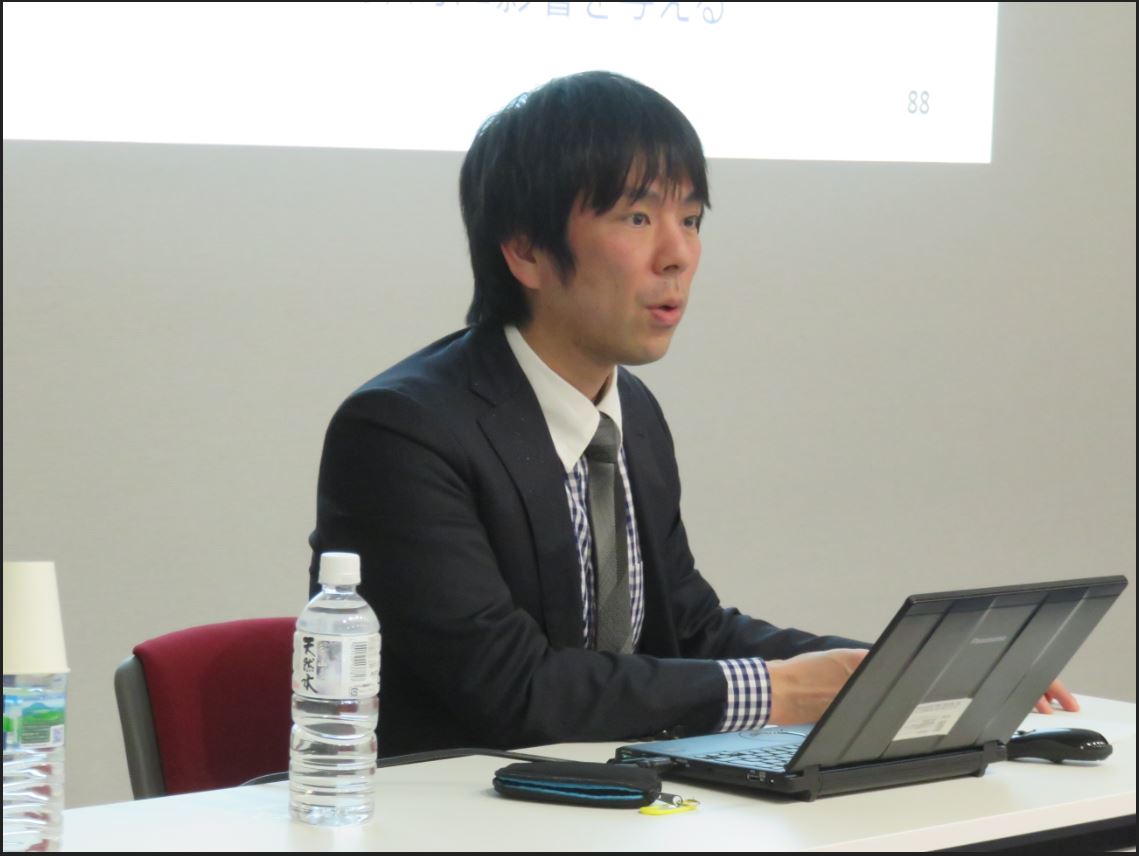 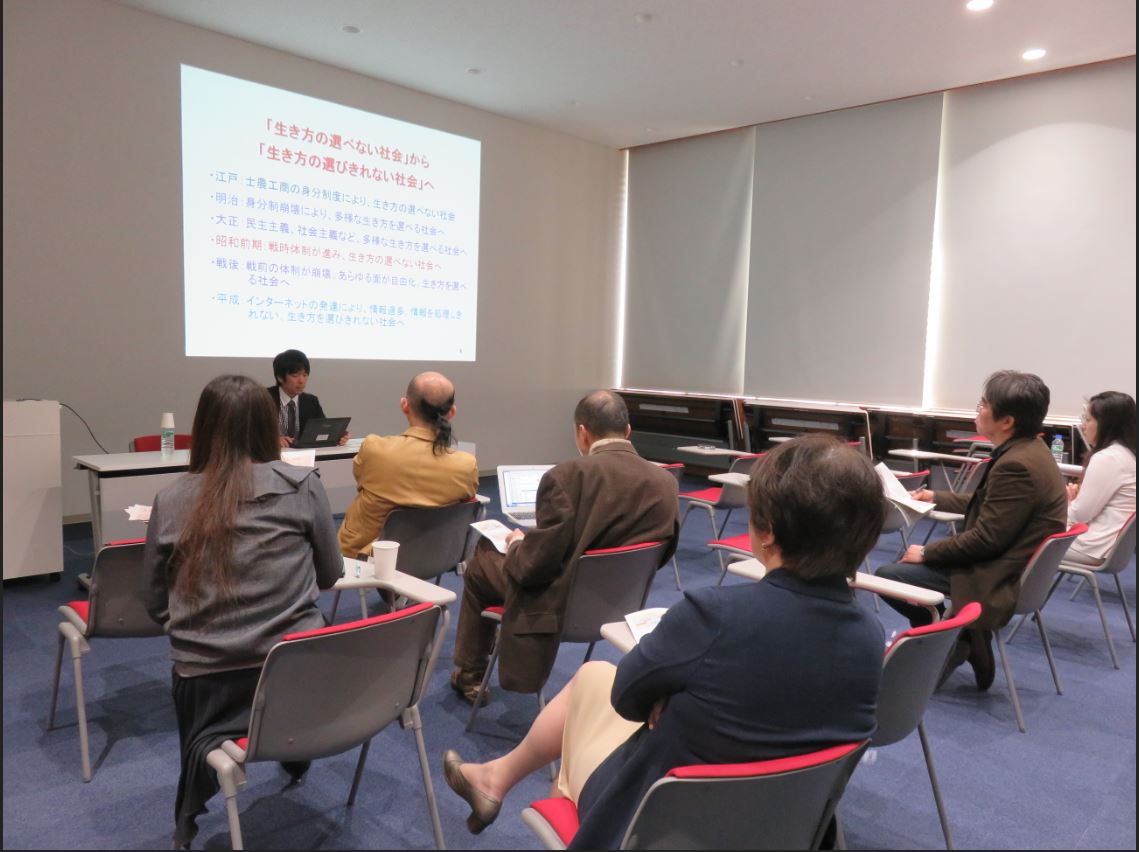 The second Kyoto Kokoro Initiative Workshop was held at the Inamori Center on March 14th, 2018. Dr. Seiji Kumagai from the Kokoro Research Center gave a presentation entitled, “Buddhist Re-Interpretation of Kokoro and a Way of Life”.

During the introduction, Dr. Kumagai reviewed the Buddhist scripture of each sect and discussed how “kokoro” was perceived in Buddhist philosophy. Taking the example of Bhutan’s Gross National Happiness (GNH), he discussed what it means to live a happy life from the point of view of Buddhist Ethics. In modern times, in which “a society without a choice to decide how to live” has transformed into “a society with too many choices to decide how to live”, he proposed that a way of life drawn from Buddhism can serve as a guide to people. The discussion pointed out differences and similarities between Buddhism and scholastic philosophy and differences in epistemology between the East and West based on when landscape painting emerged in history. Ideas about kokoro and ways of life differ within Buddhism. For example, more traditional Buddhist philosophy sees kokoro and ways of life differently than Buddhist philosophies later appeared, such as Shinran’s and Kegon. The difference may be geographical and specific to the historical period. Perspectives on kokoro are closely associated with the background of the period and how people lived. The paradoxical relationships between freedom and a lack of freedom within a way of life was also discussed.