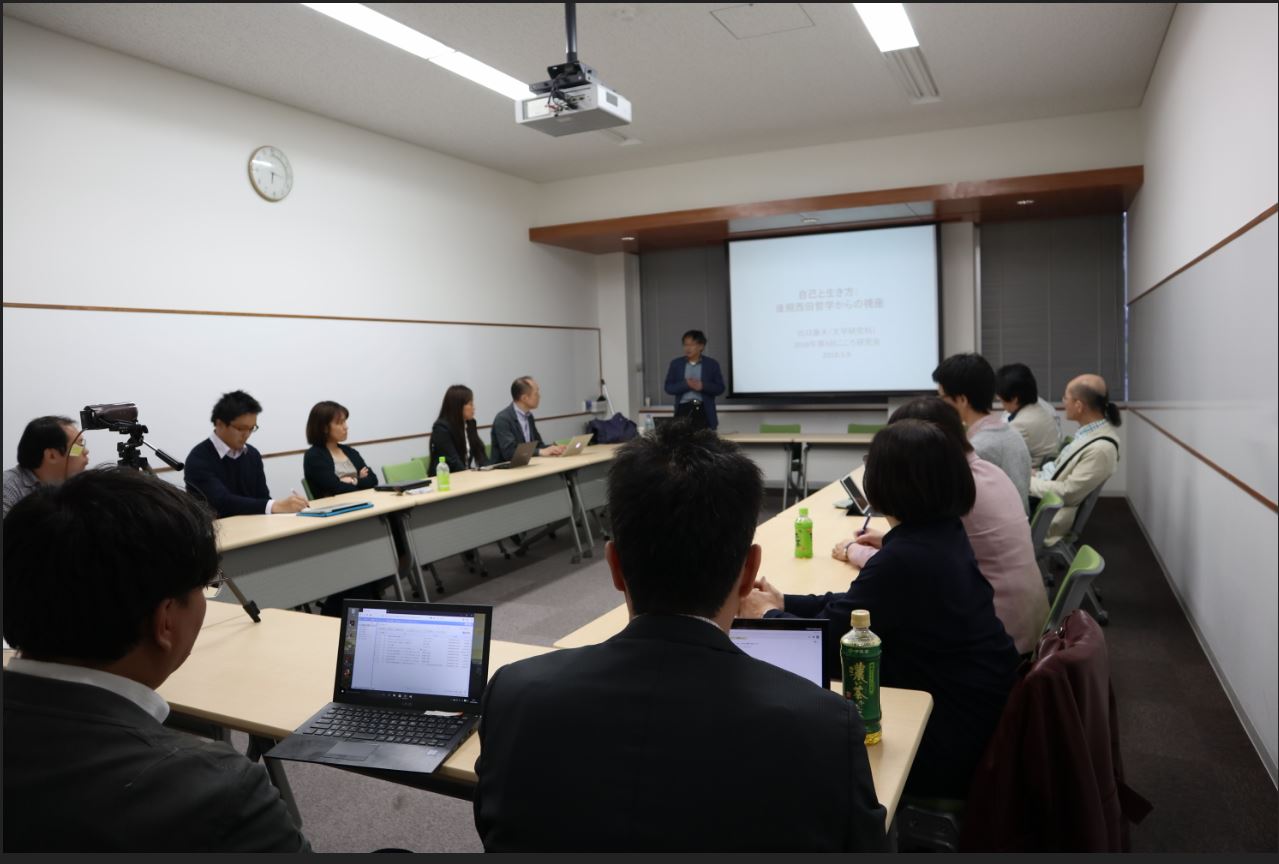 The third Kyoto Kokoro Initiative Workshop was held at the Inamori Center on May 9th, 2018. In line with the theme of this year’s Kyoto Kokoro Initiative Symposium “Kokoro and A Way of Life”, Professor Yasuo Deguchi (Kyoto University Graduate School of Letters) gave a presentation entitled, “Self and A Way of Life”: A Perspective on the Last Years of Nishida’s Philosophy”

During his presentation, Prof. Deguchi explained that Nishida’s philosophy is one in which the Kyoto School never ceased to question what the true self is. Especially during the later years of his life, Kitaro Nishida gained an intuitive understanding of the “true self”, and discussed the relationship of the three elements of the true self as one of “a contradictory self-identity”. Prof. Deguchi re-constructed this concept of “contradictory self-identity”- which had not been sufficiently clarified due to a misunderstanding of Nishida’s concept of self as a “holistic self” – using non-classical logic. Additionally, he suggested that Nishida’s philosophy has contemporary value in that it makes the ecological self-concept in environmental philosophy more sophisticated. During the discussion session, an opinion was expressed that the very mechanisms that created changes and wealth in psychotherapy (e.g., sand play therapy) helped clarify the Self which gave birth to Nishida’s “contradictory self-identity” Further, understandings of life and death and hierarchy of life in Nishida’s philosophy were discussed, as were the logic of Totemism in Anthropology, cultural differences of self-identity in Cultural Psychology, discussions about the suppression of self-interest in Cognitive Psychology and how all these are related to the Nishida’s ideas.