A Paper by Dr. Abe et al. Published in Frontiers in Neurology

A Paper by Dr. Nobuhito Abe et al. was published in Frontiers in Neurology Vol. 9.
This study compared honesty levels between patients with Parkinson’s disease and healthy controls, via an incentivized prediction task. Results found that Parkinson’s participants were significantly more honest than healthy controls, when self-reporting predictions, with levels that were nearly identical to chance. 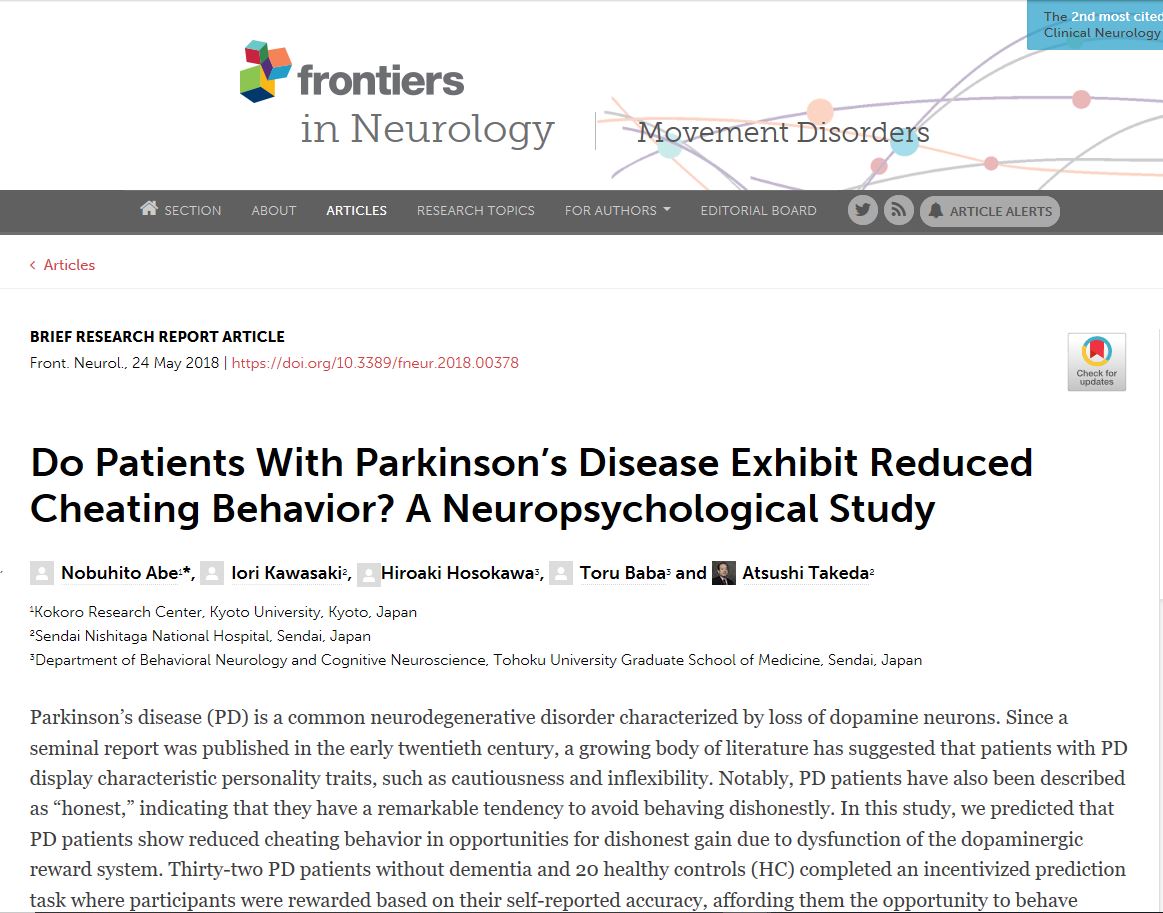 Abstract:
Parkinson’s disease (PD) is a common neurodegenerative disorder characterized by loss of dopamine neurons. Since a seminal report was published in the early twentieth century, a growing body of literature has suggested that patients with PD display characteristic personality traits, such as cautiousness and inflexibility. Notably, PD patients have also been described as “honest,” indicating that they have a remarkable tendency to avoid behaving dishonestly. In this study, we predicted that PD patients show reduced cheating behavior in opportunities for dishonest gain due to dysfunction of the dopaminergic reward system. Thirty-two PD patients without dementia and 20 healthy controls (HC) completed an incentivized prediction task where participants were rewarded based on their self-reported accuracy, affording them the opportunity to behave dishonestly. Compared with HC, PD patients showed significantly lower accuracy in the prediction task. Furthermore, the mean accuracy of PD patients was virtually equivalent to the chance level. These results indicate that PD patients exhibit reduced cheating behavior when confronted with opportunities for dishonest gain.