Psychopathy is defined as a personality disorder characterized by anti-social behavior and a lack of empathy and remorse. People with psychopathy are believed to lie chronically, yet little is known about the neural substrates of dishonesty in psychopathy.
In this study, we used a mobile MRI scanner to conduct functional Magnetic Resonance Imaging (fMRI) study on incarcerated individuals in a North American correctional facility.
The results revealed that higher psychopathy scores predicted shorter reaction times for lying and decreased activity in the anterior cingulate cortex (ACC) during dishonest decision-making. These findings are the first in providing evidence suggesting that psychopathic individuals behave dishonestly with relatively low levels of response conflict. 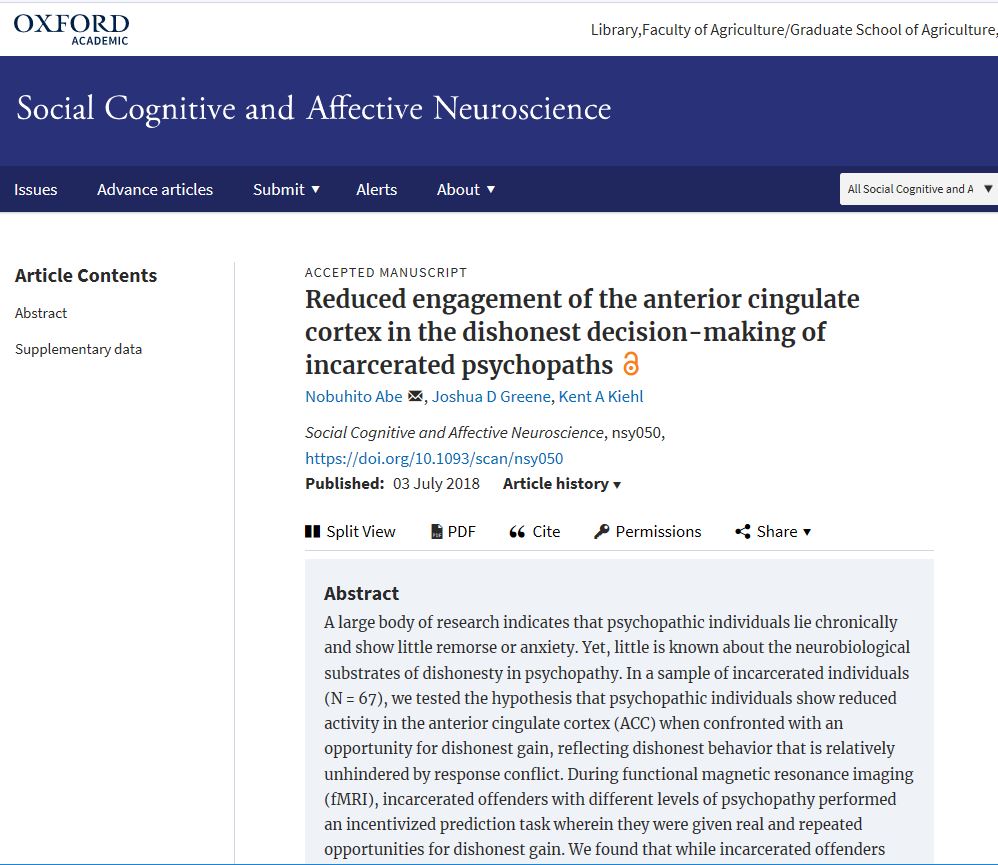