A new installment in Prof. Toshio Kawai’s essay series, “Kokoro’s Forefront and the Layers of History” was published in the December 2018 issue of Minerva Correspondence: Kiwameru.

The author argues that a characteristic of the pre-modern worldview is that we are connected to other worlds and mythical worlds and that dreams are directly linked to reality and alien worlds. He discusses how difficult it has been to work with dreams in psychotherapy because the foreignness of dreams cause clients tend to perceive them as absurd.

He also raises the issue of the recent phenomenon wherein people are less hesitant to discuss their dreams. This may be due to the rise of virtual reality in modern times. We now live in a world full of games and social networking services that allow one to take on a totally different personality. Dreams may be perceived as part of a virtual reality that is unlike the deep and foreign world. Therefore, people are less resistant about going into dreams and becoming a different person, which creates possibilities for one’s personality to be altered. 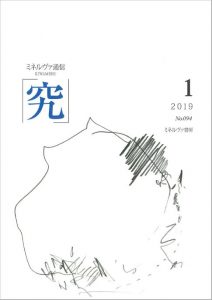 In his book, “The Dream and the Underworld”, James Hillman (a Jungian psychologist) wrote that dreams are brought from the underworld and were considered connected to not only to reality, but also to the underworld.

In “Unravelling the Japanese Minds”, Prof. Kawai discusses the example of medieval Japan, where “dreams allowed people to go into the world of death with ease.”

A main characteristic of the pre-modern worldview is that we are connected to the underworld and mythical world.

（Excerpt from the article）