A new installment in Professor Toshio Kawai’s essay series, “Kokoro’s Forefront and the Layers of History” was published in the October 2019 issue of Minerva Correspondence: Kiwameru.

The theme of this month’s essay was “the paradox of death and small stories.”

In this article, Prof. Kawai discusses the theme of death in the context of psychotherapy during terminal care, which has recently become important.

Psychotherapy during terminal care proceeds without being able to or attempting to change its inevitable conclusion, that is, “death.” In psychotherapeutic practice, however, questions such as “What is death?” or “How can I accept death?”, are not always a central topic for patients. Rather, individuals differ in how they proceed towards death. It is this difference on which Prof. Kawai focuses.

In the process of death, people often have their own specific goal, such as meeting a family member whom one has not seen for many years. Prof. Kawai says that, even before death, humans naturally grow by setting their own goals. In this article, he defines questions like “What is death?” as “big stories” and specific goals, such as those mentioned above, as “small stories.”

In everyday life, some people stick to the “big story” while the others are occupied with “small stories” that help them avoid confronting the thought of death. After pointing out these aspects of reality, Prof. Kawai disputes them by citing the teachings of the Avatamska sutra (in the Kegon-kyo sutra). He argues that, even if one is occupied with and dealing with one’s daily “small stories,” one must be involved in the thought of “death” by being involved in the real world, which includes “impermanence” or “vacuity” in the background. 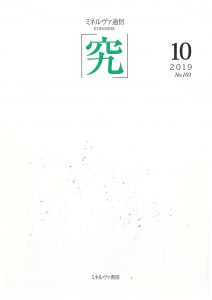