A new installment in Prof. Toshio Kawai’s essay series, “Kokoro’s Forefront and the Layers of History” was published in the November 2019 issue of Minerva Correspondence: Kiwameru.

The theme of this month’s essay was “the paradox of death and rebirth / return.”

Because this series of articles deals with the theme of death, Prof. Kawai discusses visions that often appear in the dreams and hallucinations of elderly people, especially those who are dying. In particular, he focuses on two types of visions: being visited by a small child and going home or returning to one’s parents’ place.

Prof. Kawai first says that seeing these images is not directly linked to death, although they are associated with the “paradoxical nature of death”. He then goes on to consider the implications of these two common images. He speculates that a vision of a small child might signify a new life and rebirth after death, while visions of returning home might signify a return to one’s own place after death.

Although both of these types of visions often appear in old age, visions of a small child symbolize a rebirth or a new start, whereas visions of returning home symbolize returning to a familiar place. In Prof. Kawai’s discussion of this point, he describes the “paradoxical nature of death”, in which how death encompasses opposite images of rebirth and return. 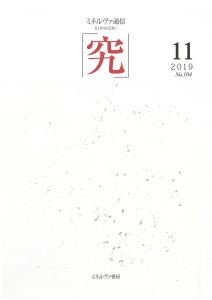