An English essay by Professor Toshio Kawai has been published in Jungian Perspectives on Indeterminate States: Betwixt and Between Borders.

An English essay by Prof. Toshio Kawai, entitled “The tension and paradox between determinate and indeterminate state: Clinical, social, and cultural aspects,” has been published in Jungian Perspectives on Indeterminate States: Betwixt and Between Borders.

Jungian Perspectives on Indeterminate States: Betwixt and Between Borders is a collection of discussions by psychotherapists from various countries about “indeterminate states” from the perspective of Jungian psychology. In each chapter, key themes, such as culture, race, gender, and identity formation, are assigned to contributors. This book provides insights for anthropologists, political and cultural scholars, as well as Jungian analysts and psychotherapists. The following discussion by Prof. Kawai appears in Chapter 13 of the book:

Prof. Kawai describes that maintaining the “indeterminate state,” which is the theme of this book, can be seen as the basic attitude of psychotherapy in general. Intervening an actual situation and changing an environment may not solve psychological problems of a client, and may rather create other problems. Therefore, instead of rushing to solve a problem, the therapist will create an indeterminate state by having a client face the situation.

In the early stages of psychotherapy, a client expects to be able to quickly obtain specific interventions and advice for their problems. In most cases, however, the client cannot obtain a definite solution and the problem will be carried over to the next interview. As a result, Prof. Kawai argues, there will continue to be strong tension between the indeterminate state and the determinate state.

In Jungian psychotherapy, when getting out of the indeterminate state, it is important that a certain behavior or an image appears unexpectedly in the course of psychotherapy. Prof. Kawai notes that this happens through dreams or accidental events in reality. At the end of his essay, he introduces Haruki Murakami, a contemporary writer who is popular not only in Japan but around the world. In Murakami’s works, it is striking when a subject of the main character rises abruptly as a change from the indeterminate state, says Prof. Kawai. And he concludes that the sudden appearance of a subject seen in Murakami’s works may provide a hint for enduring the indeterminate state in our times. 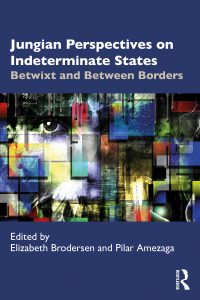