Professor Toshio Kawai’s discussion has been published in the second volume of the themed book series, My apprenticeship

Prof. Toshio Kawai’s discussion has been published in the second volume of the themed book series, My apprenticeship.

His experiences began with a language study, and throughout the text, he describes how much he gained from the relationships formed at that time; his encounters with Dr. Giegelich at the Eranos Conference, and with a certain native assistant professor who had checked his paper before submission, furthermore, this connection led him to the reading group where his interaction with Lakan school clinicians had begun. He also describes meaningful and interesting experiences during his personal analysis and training at the Jung Institute, such as exchanges with the clinicians who conducted the sessions of his own personal analysis, as well encounters during group sessions with participants whom he had seen at the seminars held at the Jung Institute.

After obtaining a doctorate and passing an intermediate examination at the Jung Institute, Prof. Kawai moved from the German-speaking region to the Italian-speaking region in Switzerland because a psychiatrist had invited him to his clinic. Although it was difficult for foreigners to find a job, he did not immediately return to Japan. Through clinical practices there, he met with a variety of clients and many supervisors. Even today, Prof. Kawai says that he learned a lot from these experiences and the case study meetings. He finishes his discussion by reflecting anew on the influences of various encounters he experienced in the period before obtaining the qualification of a Jungian analyst and returning to Japan. 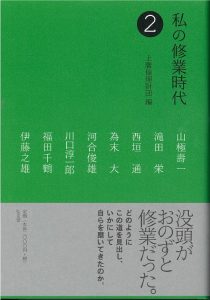