Professor Toshio Kawai Contributed an Article Entitled “Healing a Kokoro and the Time” in the April 2021 Issue of the Magazine, Library, Published by Iwanami Shoten

Prof. Toshio Kawai contributed an article entitled “Healing Kokoro and the Time” in the April 2021 issue of the magazine, Library, published by Iwanami Shoten.

In this article, Prof. Toshio Kawai discusses themes of healing a Kokoro, the growth and the “time,” referring to several literary works for children.

Prof. Kawai first introduces Momo written by Michael Ende, a well-known German writer of fantasy and children’s fiction. He explained this book on a TV program last year. Prof. Kawai argues that this work suggests that the essence of time and psychotherapy is such that it brings out the Kokoro’s “natural healing ability.” And he adds, at some phase of psychotherapy, it will be necessary for both the client and therapist to involve the issue of Kokoro ‘actively and proactively.’

The theme of “time” which is central to Momo, is also depicted in many works of children’s literature such as Tom’s Midnight Garden by Philippa Pearce and When Marnie Was There by Joan G. Robinson. In both works, encounters and interactions with people from the past bring each main character their Kokoro’s growth and healing. At the same time, they become salvation for the characters from the past, suggesting the meaning of “mutual healing of Kokoro.” Its implications may also be associated with the active involvement in psychotherapy by both client and therapist, as described above. 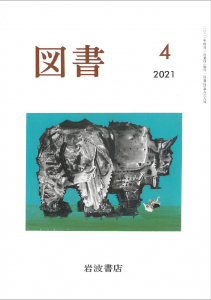 This article has been posted on the following webpage as a trial reading from the April 2021 issue of Library. You can read the full text, available in Japanese only. Please take a look.
https://tanemaki.iwanami.co.jp/posts/4879