This study examined the neural mechanisms explaining the phenomenon that thinking about one’s own death increases temporal discounting (decreasing the subjective value of a reward over time). Participants in the experiment were asked to choose between two options presented on the screen (A: a small reward that can be received immediately or B: a reward larger than A that can be received after a certain delay). Before each option was presented, descriptions of positive, neutral, negative, and death-related life episodes were shown, and participants were asked to imagine them as events that could personally happen to them in the future. Neuroimaging analysis showed that brain activity patterns, particularly in the cortical midline structures, could discriminate between positive, neutral, negative, and death-related events. It was also found that participants who had higher accuracy in discriminating between death-related and negative events were more likely to show increased temporal discounting after imagining death. The results of this study suggest that death-related information is processed in the cortical midline structures and regulates reward choice, such as temporal discounting. This work was conducted using an MRI scanner and related facilities at the Kokoro Research Center at Kyoto University. 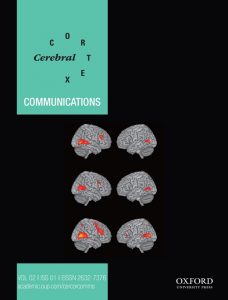