A Seminar Entitled, “The Artistic Expression of Visually Impaired People” was Held

A seminar entitled, “The Artistic Expression of Visual Impaired People” was held on February 22nd, 2019 at the Inamori Center. The seminar was organized and moderated by Prof. Hiroshi Yoshioka.

Mr. Takayuki Mitsushima is a contemporary artist and acupuncturist. He began working with clay in 1992 and in 1995, began using cutting tapes in his art. He has also worked on installations, photography, videos, and live performances.
At the seminar, he introduced his artworks and discussed his upcoming exhibition at The Museum of Contemporary Art Tokyo this summer. In her comments, Ms. Michiko Haga discussed her involvement in the field of the contemporary art. Mr. Mitsushima responded to questions by participants such as “How do you decide which colors to use?” and “When do you use photography?”. 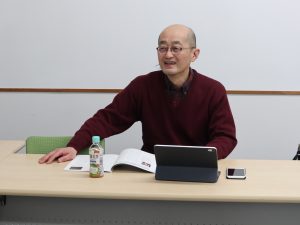 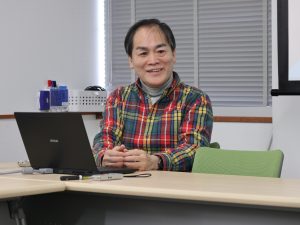 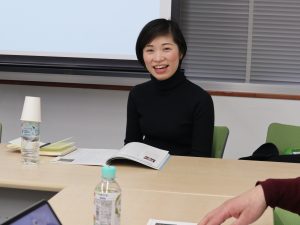 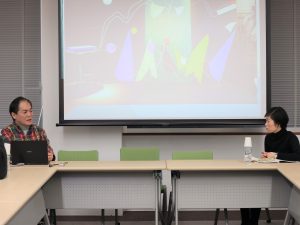 Takayuki Mitsushima, Lecturer
Artist, Acupuncturist. Mr. Mitsushima, a graduate of Otani University, lost vision at age 10, and started painting “touch and feel”. He chooses his colors by tracing his memories of the time before his vision loss. His artworks focus on everyday motifs that can be touched and felt. He has held workshops that include a sense of touch and has also collaborated with sound artists. He is interested in the physical expression of art.