A new installment in Prof. Toshio Kawai’s essay series, “Kokoro’s Forefront and the Layers of History” was published in the February 2019 issue of Minerva Correspondence: Kiwameru.

The theme of this month’s essay was “psychosis and Kokoro’s layers of history”.

The author argues that psychosis may not be influenced by changes in the times as much as neurosis is. Today, advancements in medicine have shown that biological factors play a big role in psychosis and that the symptoms can be controlled with medication. Therefore, psychotherapy, cultural and generational factors affect on psychosis less than biology does.

However, the author argues that clients at the onset of schizophrenia are so overwhelmed by others that they experience a destruction of their identities.

Autism spectrum disorder (ASD) has received a lot of attention in recent years. One characteristic of ASD, which like schizophrenia has biological bases, is that patients experiences neither their identity nor others as existent. In particular, schizophrenia in psychosis which has been categorically established in modern times is different from ASD, an illness of modern times.

The author observes that previously many young adults experienced an onset of their disorder during school trips but this is not the case anymore. This shift is possibly related to the disappearance or weakening of other-worldliness and others in the world. 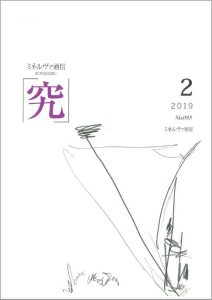