A new installment in Professor Toshio Kawai’s essay series, “Kokoro’s Forefront and the Layers of History” was published in the April 2019 issue of Minerva Correspondence: Kiwameru.

The theme of this month’s essay was pathological condition levels and boundaries.
The author argues that the idea of drawing a line between mental illness and mental health is a product of the modern era. Whereas strict and detailed diagnostic standards and guidelines for pathological personality disorders have been established in the modern world, the pre-modern world did not distinguish sanity from insanity. Insanity and other-worldly phenomenon, which had a place in society during pre-modern times, have been normalized in modern times. The author believes that established a boundary between mental illness and neurosis and healthy states.

In recent years, the concept of different levels of pathological conditions has become less clinically meaningful because many cases (e.g. temporary delusion and hallucination) and can not be categorized as mental illness.

The author proposes that this is related to recent changes in society and kokoro, and that there is less of a boundary between truth and lies, the real and unreal and reality and delusion, such as fake online news. 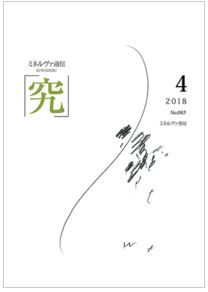