Report on Prof. Kawai’s Lecture, “The Meaning of Myoe’s Dreams in Modern Times” at the Nakanoshima Kosetsu Museum of Art

Prof. Toshio Kawai gave a lecture entitled, “The Meaning of Myoe’s Dreams in Modern Times” at the special exhibit “Myoe’s Dreams and Kosanji Temple” at the Nakanoshima Kosetsu Museum of Art on April 18th, 2019. 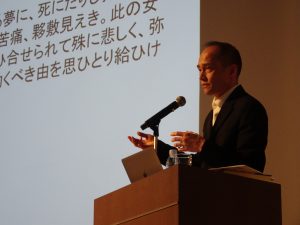 Myoe Shonin (1173-1232) was a Japanese Buddhist monk who opened the Kosanji temple in Toganoo, Kyoto during the Kamakura Era. A Jungian analyst, Hayao Kawai researched “Dream Records” and wrote Myoe: Live the Dreams (Shohakusha Publisher, 1987; Kodansha Publishing and Plus Alpha-bunko).

In the lecture, Prof. Kawai argued that dreams had a significant meaning in Myoe’s life and that by accessing “dreams”, the dreams deepened and expanded inside him. Dreams about physicality and femininity, which are an important themes for both Myoe and Japanese culture were discussed in the lecture.

Myoe’s dreams do not only stay enclosed in the kokoro of the individual, but reach beyond it. Further, keywords such as “rijimuge” and “jijimuge” in the Kegon were discussed in the context of reality and subjectivity that arises from ultimate existence and nothingness.

Prof. Kawai touched on themes varying from developmental disabilities in modern times to LGBT issues. Myoe’s way of living in the transitional period from ancient times to the middle ages offers us useful suggestions in this “modern times”, which is a transition from the modern to the post-modern era. 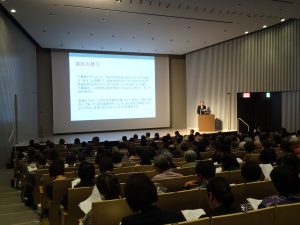 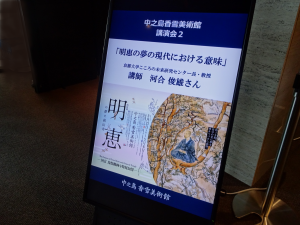 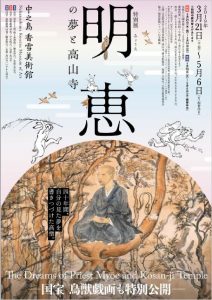 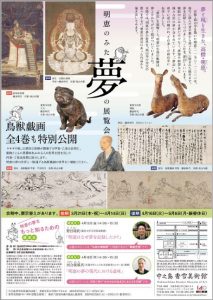