A research paper by Senior Lecturer Yoshiyuki Ueda and colleagues was published in the Journal of Experimental Psychology: Learning, Memory, and Cognition

We can incidentally learn regularities in a visual scene, and this kind of learning facilitates subsequent processing of similar scenes. One example of incidental learning is referred to as contextual cueing, a phenomenon in which repetitive exposure to a particular spatial configuration facilitates visual search performance in the configuration. Previous studies have demonstrated that effects of contextual cueing generalize to similar, but not entirely identical configurations. Although humans may be capable of extracting regularity from variable instances and applying it to a new instance, the mechanisms underlying generalization in contextual cueing are not fully understood. We hypothesized that contextual cueing results from extraction of variance in item locations, and the variance is used to calculate the similarity between the learned and new configuration. Based on this hypothesis, we predicted that contextual cueing would generalize more widely when the variability of item locations during learning is large compared with when it is small. The results supported our hypothesis, indicating that spatial variability induced generalization in contextual cueing. This finding suggests that, in incidental learning, the similarity between a learned and new representation is computed based on the variance of inputs. 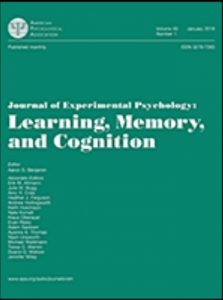