Kyoto University’s KRC Uehiro Research Division’s 2020 Research Report Meeting was held on December 6th, 2020. This year’s meeting included research reports and discussions centered around the theme of “A Way of Life in the COVID-19 Era, Based on Buddhism.”

In 2020, COVID-19 hit Japan and spread throughout the world, causing great confusion.

Social distance has been recommended, online systems are advancing, and the society is greatly changing. In such a situation, it is necessary for experts in various fields to pool their wisdom on how to live in the new normal, moreover, consider life in the post-COVID-19 period. 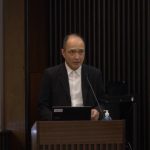 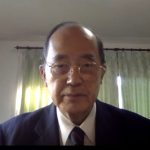 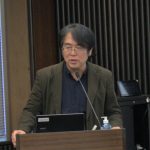 Dr. Seike (medical, health and welfare) took up “the research focusing on stress management for people with dementia and their families” conducted in the project, “Ethics of Medical Care, Health and Social Welfare in the Super-Aging Society of Contemporary Japan.” She presented the results of a pilot program on psychosocial education support for pairs (people with dementia and their family) as well as a needs survey on online family caregiver support. 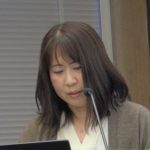 Dr. Hatanaka (clinical psychology) spoke about the activities of SNS counseling during this academic year, related to the project “Issues Surrounding Kokoro and Changes during Post-Growth Period.” She presented the results of a survey which showed the diversity of kokoro responses during the COVID-19 pandemic, and the strength of kokoro that aims for positive changes even in such a closed social situation. 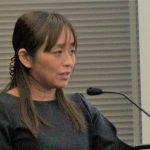 In the second half, a panel discussion for the theme “A Way of Life in the COVID-19 Era Based on Buddhism” was held. Seiji Kumagai (Associate Professor, Divisional Director, Uehiro Research Division), who served as a moderator, was in charge of the introduction. Hideki Teshima (Professor, Department of Social Studies, Kyoto Bunkyo University) and Ryuta Kikuya (Program-Specific Associate Professor, Hakubi Center for Advanced Research, Kyoto University) presented topics, respectively. Then, there was a discussion in which Prof. Hiroi and Dr. Takahiko Kameyama (Researcher, KRC) participated as designated speakers.

First, Prof. Kumagai gave an introduction entitled, “The Way of Life in the COVID-19 Era from the Perspective of Buddhism,” and proposed the following three viewpoints: (1) epidemic, (2) turning point of the times, and (3) Japan. In addition, he made the following two suggestions for the survival of Japanese Buddhism; Buddhism should confront social issues and continue to respond based on its Buddhist doctrine while maintaining the same perspective as the world, and Buddhism should seek to merge with cutting-edge science. 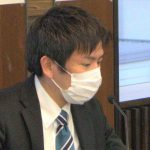 Next, Prof. Teshima presented the topic entitled “A Turning Point of the Times: Focusing on Indian Circulatory Cosmology.” Taking a macroscopic view for the theme “turning point of the times,” he introduced the cyclic cosmology (image of repeating light and dark over a long period of time – like day and night) indicated in Manu Code and Buddhist scriptures. Then, Prof. Teshima presented the following considerations based on the cosmology of India:

・Events in the world are the result of “human activity” and situations can be reversed by changing people’s behavior.

・In reality, however, politics and trends in society as a whole have a great influence on people’s behavior.

・Therefore, human behavior does not change easily. Only when people reach a certain “pole” can they drastically reform themselves. 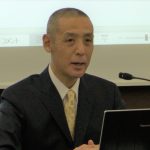 Prof. Kikuya then presented the topic entitled “Epidemic and Buddha – Protective scriptures and incantation formula in Indian Buddhism,” exploring the process of visualizing and dealing with epidemics as an invisible threat through stories and images. In ancient India, people believed that epidemics were caused by ogre spirits (鬼霊), and spread when those moved in accordance with peoples’ movements. Ogre spirits are generally invisible, float in the air, variable, minute, and lurk in the human body, so they were considered to be a kind of aerosol (miasma). And it was thought that gods and Buddha would appear in the good deeds of human beings with the right knowledge, and that they would bring people happiness. Prof. Kikuya suggested that if we reconsider the COVID-19 pandemic from this Indian theory of evil spirits, there might be a way to solve it through the good deeds of human beings with the right knowledge, similar to what was believed in ancient times. 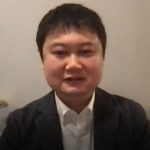 The discussion was conducted with two presenters and two designated speakers, Prof. Hiroi and Dr. Kameyama. They spoke about Buddhism while reviewing it from a broader view of human history. In addition, issues faced by the current Buddhist orders in Japan were discussed, and then, a proposal was made to actively communicate official responses to social issues based on Buddhist doctrine, not just as an expression of personal feelings.