A Paper by Professor Toshio Kawai Has Been Republished in the Book, ‘Cultural Complexes in China, Japan, Korea, and Taiwan: Spokes of the Wheel’

According to Prof. Kawai, the postmodern world is characterized by a lack of functioning symbolism and a tendency to make direct connections to sex and violence. This trend can also be seen in various works by Haruki Murakami.

This book is part of a series about culture and kokoro, edited by Tomas Singer, a Jungian analyst and psychiatrist active in San Francisco. A discussion by Senior Lecturer Chihiro Hatanaka is also included in this book. 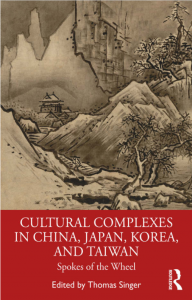