After an opening address from Prof. Toshio Kawai (Director, KRC, Kyoto University), three lectures were given.

According to Prof. Dudai, a memory shared by a group, that is, cultural memory, passed down from generation to generation through personal memories, writings, and habituation to form a communal identity. In this lecture, the Talmud, the Jewish holy book, was taken up as a unique example. Prof. Dudai explained the process in which the memory of the communal crisis related to the loss of their homeland has escaped oblivion by making their holy book a “portable homeland” in place of the homeland they lost. At the end of the lecture, Prof. Dudai applied this mechanism of cultural memory to the current situation of the COVID-19 pandemic, and suggested that the formation of a new cultural memory, which transcends the boundaries of traditional communities, may develop in the future.

The lecture began with an explanation of the structure of “settler colonialism” inherent in the United States. Prof. Ishiyama pointed out the reality that the existence of indigenous people is being forgotten and made invisible, while diversity is being celebrated, especially in terms of immigrants. Then, she reported her field research at the Hanford Site and Skull Valley and introduced cases of indigenous people living in a nuclear development area called the “sacrifice zone.” In the end, Prof. Ishiyama provided clues to thinking about the kokoro of indigenous people; replacing the traditional concepts of “spirituality” and “identity     ” with such important views as “relationalities” and “co-becoming” (transforming together), which focus on the connections between people or between people and land.

The third lecture, “Not Everything Is Post-Traumatic Stress Disorder (PTSD): On the Cultural Limits of a Diagnostic Concept and New Approaches,” was presented by Prof. Andreas Maercker (Professor and Chair, Department of Psychology, University of Zurich) (joined online).

Prof. Maercker presented the following view on the diagnosis of post-traumatic stress disorder (PTSD); while an “etic” (external) approach based on a third party’s point of view has been the mainstream, an “emic” (internal) approach based on the patient’s own point of view and respecting their cultural background is important. According to him, just as the English word “trauma” itself is derived from a Latin metaphor, the traditional Eurocentric understanding would be overcome by incorporating different metaphors of “trauma” inherent in each culture. From these discussions, Prof. Maercker emphasized the importance of cultural aspects in understanding and speaking about the kokoro of humans, touching on the definition of the word “kokoro” in Japanese.

After the lectures, the three speakers joined Prof. Kawai in a discussion. As “trauma,” “homeland/terrene,” “culture” emerged as keywords linking the three lectures, they elaborated on these keywords in the context of the trauma of homeland loss in both Jewish and Indigenous American cases. At the end of the discussion, the appropriateness of terms and concepts to speak on the kokoro of a particular community or ethnic group was discussed. They concluded that there is a need today to find a concept with a pluralistic perspective by taking into account the diversity in each culture.

Videos of the lectures and discussion will be available soon on the KRC website. 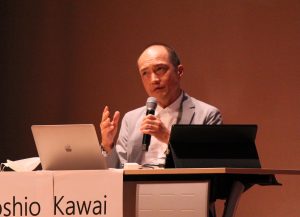 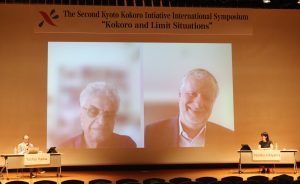 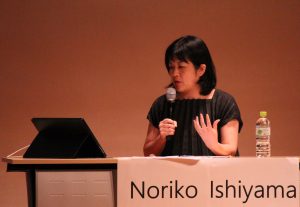 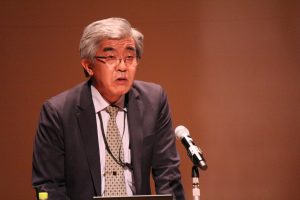 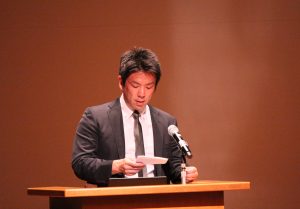