A Paper by Dr. Uchida et al. Published in Frontiers in Psychology 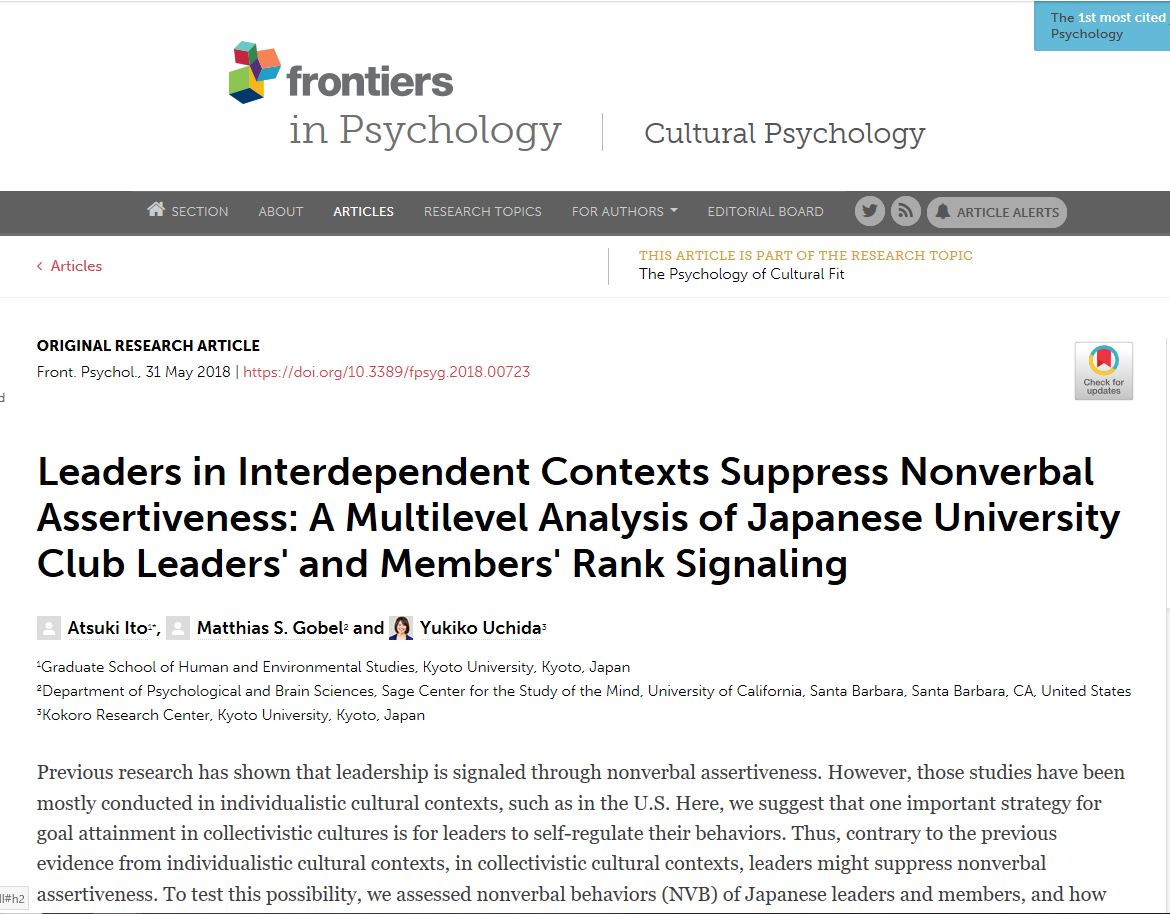 Abstract
Previous research has shown that leadership is signaled through nonverbal assertiveness. However, those studies have been mostly conducted in individualistic cultural contexts, such as in the U.S. Here, we suggest that one important strategy for goal attainment in collectivistic cultures is for leaders to self-regulate their behaviors. Thus, contrary to the previous evidence from individualistic cultural contexts, in collectivistic cultural contexts, leaders might suppress nonverbal assertiveness. To test this possibility, we assessed nonverbal behaviors (NVB) of Japanese leaders and members, and how they were evaluated by observers. We recruited Japanese leaders and members of university clubs and video-recorded them while introducing their club. Then, we coded their nonverbal rank signaling behavior. Finally, we asked a new set of naïve observers to watch these video-clips and to judge targets’ suitability for being possible club leaders. Results of a multilevel analysis (level 1: individual participants, level 2: clubs) suggested that the more the club culture focused on tasks (rather than relationships), the more likely were leaders (but not members) of those clubs to suppress their nonverbal assertiveness. Naïve observers judged individuals who restrained from emitting nonverbal assertiveness as being more suitable and worthy club leaders. Thus, our findings demonstrate the cultural fit between contextual effects at the collective level (i.e., cultural orientation of a group) and the signaling and perceiving of social ranks at the individual level (i.e., suppression of nonverbal assertiveness). We discuss the importance of studying the cultural fit between the collective reality that people inhabit and people’s psychology for future research in cultural psychology.