A new installment in Professor Toshio Kawai’s essay series, “Kokoro’s Forefront and the Layers of History” was published in the September 2019 issue of Minerva Correspondence: Kiwameru.

The theme of this month’s essay was “the dead and the premodern world.”

From this month, “the theme of death,” which is an important theme for clients and is often encountered in psychotherapy, will be addressed.

First, Prof. Kawai points out that the fear of death is unique to humans and represents a modern Western view of life and death because the fear of death emerges with consciousness and self-consciousness. In contrast to modern Western views of life and death, this essay discusses how death was perceived in the pre-modern world.

In the pre-modern world, there was a worldview that saw “life and death circulating in the world.” In other words, the ideas that death was not an absolute end and that the dead might return from death to life was accepted not only in Japan, but across world. Using the examples of festivals of the dead, such as Obon in Japan and Halloween in the West, Prof. Kawai explains this worldview.

Prof. Kawai also thinks that this pre-modern view of life and death remains with us today as layers of history. For example, in psychotherapy, around the time of Obon, clients will dream about the return of a dead relative. Another example is a strange experience mentioned by Jung in The Red Book. It was a sense that even if a person dies, there is another world like “the other world” and that living people are connected to the dead. He proposes that this example shows us that such a sense remains in us today and that such a view of life and death enriches our lives. 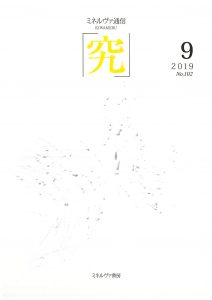