Kyoto University’s KRC 2020 Research Report Meeting was held online on December 6th, 2020. This year’s meeting included research reports by 3 presenters as well as poster presentations that contained results of research projects that KRC conducted in 2020. These presentations were divided into the following five areas: “educational projects,” “research projects,” “applied research,” “communicating research findings to the public” and “open application projects.” After that, discussions were held with the discussants. Associate Professor Nobuhito Abe (KRC) presided over this meeting. 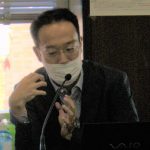 In the opening remarks, Prof. Toshio Kawai (Director, KRC) said, “I am very pleased that we were able to hold the annual Research Report Meeting even in the midst of the COVID-19 pandemic, though in a different form, online. In line with last year, we invited a researcher from an outside organization whose field of study matches our project to present at our Research Report Meeting. I hope that today’s session will lead to new research ideas.” 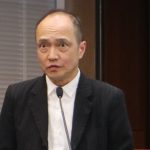 The first report was from Prof. Shiro Kohshima (Wildlife Research Center, Kyoto University) on the topic “To Understand Animal Behavior.” Based on his past research on habits of chironomid that can only live in glacial environments, the way dolphins sleep, and the whites of human eyes, he presented on the symbiosis between animals and humans. Impressively, Prof. Kohshima mentioned  that one of his studies started when his professor said, “Find something interesting!” In addition, Prof. Koshima offered a fresh perspective that when studying animal ecology, it is helpful to keep in mind that an ecology is a natural way of life for the animal. For example, that we should enter the world of Yukimushi, insects that live in glacial environments and continue to walk in one direction, even on glaciers. Such a research perspective would be useful when studying human’s kokoro.

The second report was from Prof. Yutaka Komura (KRC) on the topic of “Exploring the Consciousness of Animals.” He showed the results of experiments on monkeys that focused on the state of certainty, and presented attempts to clarify the decision-making process of animals. It was indicated that not only humans but also animals show difference in the level of certainty, which is involved in decision-making. Prof. Komura also introduced a new study that tries to create a consciousness meter to measure levels of consciousness. His reports based on these experiments on animal consciousness were very instructive in considering the evolution of human’s kokoro, mind and consciousness.

The third report was from Dr. Yuka Suzuki (Program-Specific Assistant Professor, KRC) on the topic of “Animals in Psychotherapy.” She reported the results of an analysis focusing on animal images that appear in response to changes in kokoro during the psychotherapy process. In the psychologically conflicted group, images of dogs or snakes often appear in relation to the growth and transformation of kokoro. On the other hand, in the group that physically expresses one’s mental problems, animal images, for example, elephants, often appeared in relation to the adjustment of mental conflict and balance. In the group with developmental disabilities, images of primitive animals often appeared, when they undertook a primitive problem of kokoro. Based on the rich symbolic images of animals, it would be possible to consider the deeper layers of the human’s kokoro.

Afterwards, 12 researchers from KRC each presented a one-minute summary of their research project before the poster session, which was also held online this year. Showing their posters on a webpage, each presenter was able to engage in lively discussions with researchers and students inside and outside KRC.

The discussants for the three research reports were Prof. Yohsuke Ohtsubo (Graduate School of Humanities, Kobe University) and Prof. Toru Nakano (Medical School and Graduate School of Frontier Bioscience, Osaka University). Active discourse and Q&A sessions were held among the researchers, discussants, and audience. Their exciting and deep discussion ranged from animals to plants and dealt with the kokoro of animals, which is more unconscious and instinctive. Eventually, their dialogue reached the essential matter of what “kokoro” is. 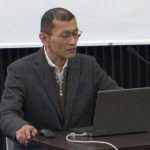 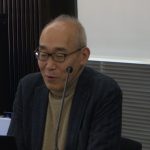 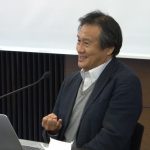 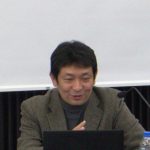 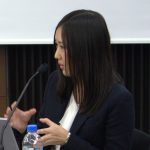 The closing address was made by Prof. Yoshinori Hiroi (Vice Director, KRC), who commented: I think this Research Report Meeting was very interesting and thought-provoking, as it started from the kokoro of animals and reached the fundamental theme of what kokoro is or what a human being is. I thank you all very much, because you contributed to making this meeting substantial and essential, and we can expect that what we discussed here will be expanded to various themes in the future. 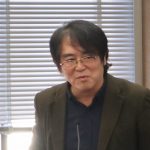