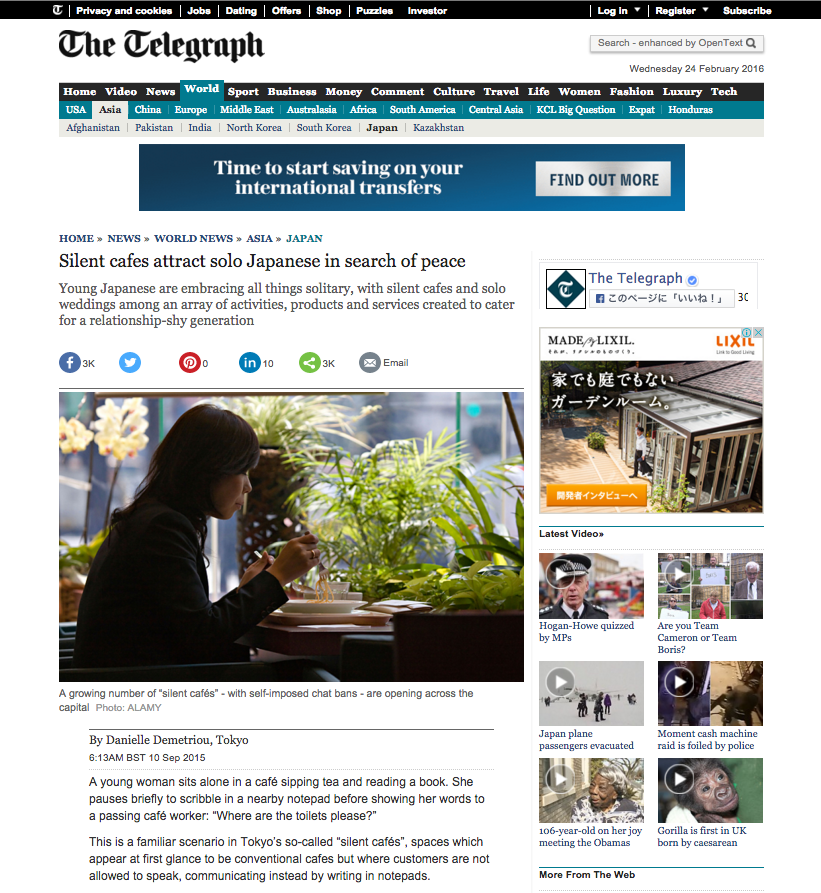 “Silent cafes attract solo Japanese in search of peace”
The nation, however, appears to be resolutely relationship-shy, with one in four unmarried Japanese men aged 30 and over revealed to be virgins according to statistics compiled by the National Institute of Population and Social Security Research.
Young Japanese were increasingly struggling with the pressures of intimate relationships, resulting in a quest for socially acceptable solitary activities, according to Yukiko Uchida, an associate professor in cultural and social psychology at Kyoto University’s Kokoro Research Centre.
”It is difficult for them to behave in an independent way during social interaction, thus they seek socially approved independent situations,” she said.
”Intimacy pressure is maybe derived from youth’s lower motivation towards social achievement and due to low security in the labour market.”